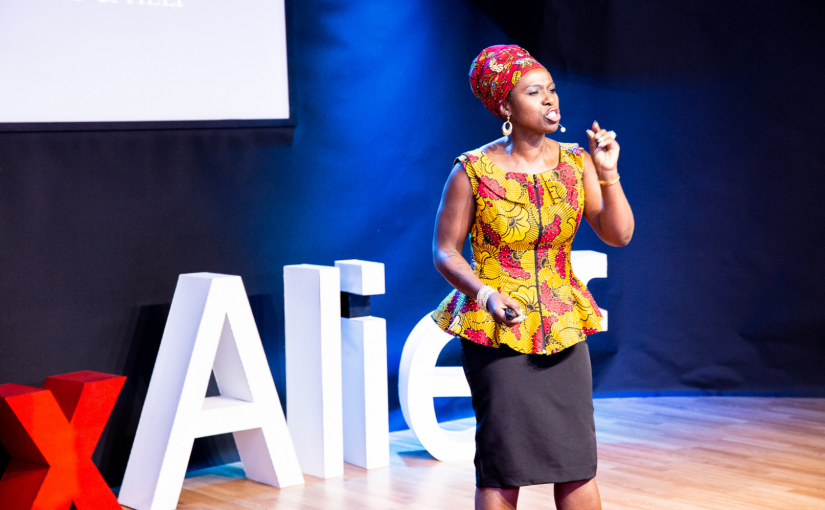 Lessons from a life coach on procrastination

No truer words! Sadly, many of us are often twisted and tied down to that word…procrastination!

When I was in medical school, I remember my roommate taught me a Yoruba phrase that also happened to be the title of one of Fela Anikulakpo-Kuti‘s hit songs! If I remember correctly, the title was in Yoruba, and it went like this: “Oun t’awa she n’iyara, ejeka bere”, meaning, “let’s start what we have come into the room to do”…

While Fela probably didn’t mean it in the sense of avoiding procrastination, I believe he meant for us, as his listeners to not waste time in getting what needs to be done, done. In essence, STOP procrastinating! If you need to do something today, start today, not tomorrow.

What is the impact of putting things off in your life? When was the last time you stopped and took stock of that?

Procrastination is defined by Merriam-Webster online dictionary thus: to put off intentionally and habitually something that has to be done. Meaning, you are aware of it, and you also know the full implication of not doing it, yet, you consciously choose not to do it.

“You procrastinate because factors such as anxiety or fear of failure outweigh your motivation and self-control.” ~ Solving Procrastination

Since signing up to become a licensed life coach, I have slowly started noticing my habits. Things I did once upon a time, that I continue to do, that have now become my way of doing. Some of them, better, (getting at least 7-hours of sleep daily), some not so much (putting off marketing my books, or finishing my 4th book).

After deep soul-searching and major self-coaching, I realized that the main reason I procrastinate is self-doubt, aka lack of self-belief, or simply put…FEAR! Fear of judgment, fear of failure, fear of negative feedback, all kinds of fear!

Case-in-point: For the past 2 years, I have been toying with the idea of shooting a documentary. It will be loosely based on my second book A Teen’s Life (available on Amazon and Barnes and Nobles online). Everyone I have told my idea thinks it’s great. And I also believe it is…

I initially had a hard time finding a movie or documentary director. Then in the past few weeks, I found one who also writes. I shared my dream with him, and he LOVES IT! In fact, he believes so much in my idea that he has already started doing background research and treatment with my book as a guide.

Now, all of a sudden, I am not so sure anymore. I started giving him excuses like; “I am really busy right now”, “My plate is quite full at the moment”, “I don’t think I can take any more on my calendar”, “I have school”, “Can we hold off until I graduate?”, “I might not find subjects to share their stories”, etc. The list goes on.

I know deep inside that it can be done. I must admit that I thought it would take a longer time than he has suggested. Somehow, once I realized it might become a reality sooner than later, I freaked out. And am still freaking out. I now understand what the Bible story about Jesus, Peter and walking on water means (Matthew 14:22–36).

Even though the documentary is my dream, and has been so for nearly 2 years now, I must admit that I have little faith, and so I am doubting. I am afraid, afraid of the unknown. Afraid that I might succeed. Afraid that I might fail. Afraid. It’s a new venture for me. Nothing of its kind has ever been done before. I have no experience. I have nothing but my dream.

So, I want to procrastinate. I want to hold off until tomorrow, that which I can start today.

“What has this got to do with anything Dr. Lulu?” You ask. Well, since I started life coaching, I have realized that many of my clients, if not all of them also struggle with self-doubt. The lack of self-belief is very strong. I never knew how much of that is freely floating around.

It is so bad that when asked how committed they are to accomplishing their goals, most of them helplessly give me a number like 7–8/10. And when asked what would make it a full 10, they shake their heads and shrug their shoulders and look at me helplessly. And I see it clearly in their eyes, doubt. Self-doubt. Self-doubt and unbelief.

This article on Psychology Today explains the concept of procrastination and why people do it so well. It begins by stating “…understanding why you procrastinate is crucial if you want to figure out how to stop doing it”.

Reasons given in the article for procrastinating include but are not limited to Abstract Goals, Indecisiveness, Overwhelm, Perfectionism, Anxiety, Fear of Failure, Lack of Motivation, Laziness, Low Capacity for Self Control, Distractibility, Impulsivity.

As I read through each item on their list. I kept hoping to not see myself in them. Alas, I saw myself in nearly 80% of them. In a sense I feel good because that makes me “human”, but then I feel sad because, I need to do something about mine, soon!

What about you? How do you set your goals, and how do you ensure they are achieved? Are you able to achieve them on your own? Who holds you accountable? Do you also procrastinate? How badly do you, if you do? What, if anything are you doing about it? Do you need a coach?

The good news is, the article also delves into what can be done about procrastination. It has a laundry list of action steps that essentially begins with self-awareness.

I shall continue to work on my procrastination. I know what I have to do. The question is; will I do it? Hmmm, only time will tell. And as for Fela, well, I plan on making him proud.